many factors can affect things

This article contains data about impotence and how you may be able to improve this problem.

Very often this embarrassing problem can be eased using natural methods and avoiding drugs and their side-effects.

Failure to achieve an erection that is firm enough, or sustained for long enough, to allow normal sexual intercourse is generally known as impotence. Its cause may be physical, psychological, or a combination of both. 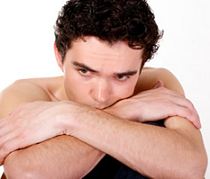 Physical impotence may be due to an imperfect blood supply to the penis, an age-related loss of male sex hormones, diabetes or high blood sugar levels, medical drugs, or various neurological conditions.

Psychological factors such as lack of desire, depression, or fear of failure may be responsible for impotence, and alcohol, while enhancing sexual desire, can actually impede performance.

Other organic/physical factors which may cause impotence include: antidepressants, narcotics, diuretics, sedatives and nicotine.

There are various theories about the cause of impotence. They can mainly be categorised into 2 parts:

More information about the mental aspects of impotence are given on page 2 and these should be read over as they can be very helpful.

Here is some information about certain herbal combinations which have been very beneficial to many.

Ginkgo Biloba is a herb that is well known to help with circulation. Perhaps its most widely known use is its ability to improve mental functions and memory. Studies have shown that it can improve blood flow through the brain. Interestingly, it may also increase the flow of blood to the penis. If impotence difficulties are based on reduced blood flow, then Ginkgo could assist.

There have been several studies into the use of Gingko to treat impotence. In one study it was found 78 percent of men with atherosclerosis*, reported significant improvements without side effects. In another six month study half the men being treated regained their erections. Give it time to work, possibly use over a several month period, taking daily dosages.

*atherosclerosis: is a disease of the arteries where the internal walls get thickened in an unsafe manner, usually by fatty deposits.

Many plants contain compounds that behave like oestrogen in the body and although oestrogen is a female hormone, oddly enough people who have used oestrogenic herbs, report androgenic (males' sex hormone) effects as well. If using, start with small amounts and see what effect it has.

Cardamom is an aromatic spice, held in high esteem by the Arab culture as an aphrodisiac. Arab coffee house often flavours coffee with this spice, in India it is an essential ingredient of curries and pilaus. The reason for its reputation as an aphrodisiac is its high content of cineole. Cineole is a central nervous stimulant. People often equate any stimulation as a sexual stimulation. Cardamom is used by many eastern cultures and many find it beneficial in dealing with impotence.

Ginger is a relative of Cardamon, and well known for its warming, aromatic properties. In an article titled "Studies on Herbal Aphrodisiacs Used in the Arab System", published in the American Journal of Chinese Medicine, some Saudi scientists asserted that ginger extracts significantly increase sperm motility and quantity. (Motility means capable of moving spontaneously and independently).

Ginseng is well known as a sexual stimulant. The Chinese have long held this herb in high esteem, it is supposedly the herbal fountain of youth. It is both a stimulant and relaxant on the central nervous system and improves muscle stamina! A herb full of vitality and often used by men who have a loss of sex drive. There are cautions to take when using Ginseng. Do not take consistently and not for more than three weeks at time. Do not take during pregnancy and avoid with high blood pressure.

Native American Indians considered the ripe fruits of the saw palmetto a tonic and an aphrodisiac. The berries do, in fact, have a toning effect on the male reproductive system and have been employed for impotence and prostrate problems. It can be used to treat prostate enlargement and cystitis.

Fenugreek is another herb that has acquired a reputation as an aphrodisiac. Chemical analysis has revealed the presence of diosgenen, a substance that acts in a similar way to the body's own sex hormones. Fenugreek has long been recommended by Chinese herbalists for impotence.

Pumpkin seeds are a male sexual tonic and sesame seeds have a beneficial effect in maintaining and enhancing sexual vigour.

Impotence? - Get your blood moving

Your diet, weight and erections are linked

Is constipation sometimes a cause of impotence?