Ginger has many uses. Such as for circulation & queasiness - but there are more...

The official name of this plant is "Zingiber officinale". It is part of a family of plants such as turmeric and cardamom. Some of these plants, including ginger, have a special type of root system called a "rhizome".

This is an ancient greek word meaning "mass of roots" and this part is usually found underground. One interesting fact is that if a piece of the rhizome breaks off then it may grow into a new plant. This fact probably help the plants succeed where other plants may have struggled. This then got more people in past times, to pay attention to the plant. This led more people to make use of it, which in turn led people to discover its many useful benefits.

Where the ginger plant originated: 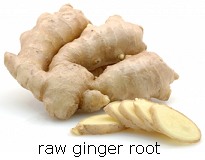 Ginger originated in the East (South Asia) but now it is widespread and popular all over the world. Some of the best growing conditions are also found in East Africa and the Caribbean, where it is now popular too.

The plant grows to a height of about three to four feet high and has some lovely flowers and the plant is often just used as a decorative feature in some tropical and semi-tropical gardens.

Some of its many uses

There are a very wide range of uses for ginger.

It small amounts it can be used as a flavouring for things such as ginger beer or some childrens' candies, including ginger bread men etc.

It is also used quite a bit in cooking. The most usual way to use it is by drying the root and crushing it into a powder, when it is often added to foods such as curries and stews.

This dried powder tastes quite a bit different to the fresh root, and both make interesting flavours.

When the plant is more gently harvested it retains more of its health benefits, as opposed to just its flavour. In this way it suddenly becomes a very useful plant to help alleviate many things.

It has a warming effect on the body and this is often used along with other herbs for circulatory problems and it helps alleviate cold hands and feet. Ginger is also well known for its anti-inflammatory properties and hence its treatment for joints and connective tissues. 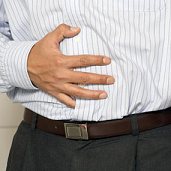 One of the ways in which ginger does this is because it contains an enzyme called zingibain and more than 12 antioxidants. These help neutralise the highly reactive molecules called free radicals, which play a role in causing inflammation.

Because of this, it also tends to help stimulate better blood flow around the body, and hence bring nutrition where it is needed.

People in Asian countries often take ginger for sore heads, seasickness, stomach upsets and vomiting. Ginger is very often taken before travelling. There are chemicals in the root, which are absorbed by certain molecules in the body and these in turn can help ease intestinal discomfort.

One of the side benefits of this can also be a reduction of bloating or wind in the digestive tract.

Here is how to order:

It is suggested that one takes 3 capsules each day, preferably spread out, or take 15 drops of liquid 3 times a day.