Adding a spoonful of superfood to any smoothie is almost magical

Green Smoothies make it easy for your body to absorb nutrients

Green smoothies provide a source of nutrients that can be readily absorbed. Adding a teaspoon of Superfood to your green smoothie gives an extra boost of nutrients. When you make a green smoothie or a green juice, you will be using a much higher amount of the green vegetables or fruit than you normally would. It is for this reason that green smoothies are so nutritious a food. 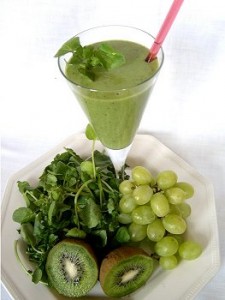 Green smoothies are green in colour and high in nutrients. They are usually made from green vegetables and green plants. Green drinks include green smoothies and green juices, are gaining popularity as a nutritious and delicious way of getting one’s daily doses of minerals and vitamins.

Simply combine any of the following green foods and blend together to make a great green smoothie recipe. By adding a teaspoon Superfood – which is rich in Spirulina and Chlorella – you will be drinking a nightly nutritious drink packed with vitamins, minerals and plant proteins.

Here are some great green foods to make your green smoothies:

By adding one teaspoon of Superfood to your smoothie recipe, you will be adding even more energy and nutritional value to your smoothie. Rich in green foods such as spirulina and chlorella, Superfood also contain lots of vitamins and minerals from the root vegetables as well as being packed with vitamins and healthy oils.

Green Smoothies are a combination of fruit and vegetables that are green in colour and great in goodness, such as spinach, rocket and alfalfa sprouts. If you add a teaspoon or more of Superfood, you will get additional nutrients to an already great nutritious drink.

Some of the richest protein sources found in plants are in fact green foods including Spirulina and Chlorella. Both of these are high-energy foods from nature’s rich stores of life-giving sunlight. If you think of green vegetables and green food on the planet, it is amazing that it is some of the densest concentrations of minerals and vitamins available such as wheat grass and spinach. 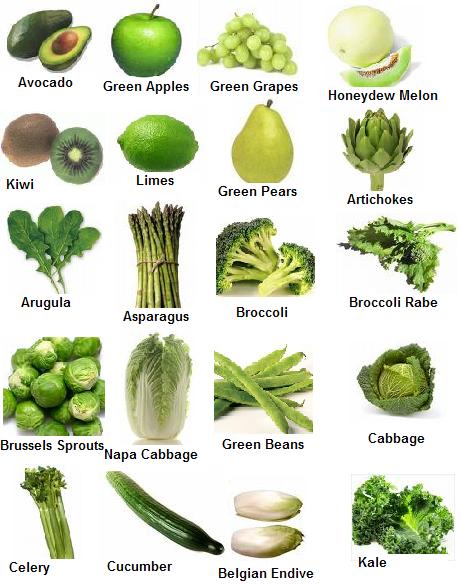 Superfood contains high amounts of very nutritious phytoplanktons such as spirulina and chlorella as well as purple dulse seaweed. Seaweed is often referred to as algae – which is the technical name given to seaweed.

Phytoplankton are microscopic plants that live near the surface of the ocean and are driven by the wind and the waves and derive their name from the Greek – ‘phyto’ meaning ‘plant’ and ‘planktos’ meaning wanderer, literally wandering plants.

Some nutritionally rich phytoplankton include Spirulina and Chlorella which are found in fresh water such as lakes, rivers and ponds.

Spirulina is a great source of protein and has been found to be over 60% complete protein. Spirulina is one of the very few plant sources that contain Vitamin B12, usually found in animal protein and so spirulina is a vegetarian source of B12 as well as many other beneficial vitamins and minerals.
Vitamin B12 supports stamina, healthy cell functioning, healthy liver, kidney and nervous system functioning as well.

Superfood contains high grade spirulina which is now considered to be a super green food, getting its name from the Latin word for ‘spiral’ due to the spiral formation of spirulina cells when viewed up close.

Spirulina is a blue-green algae plant. Algae are generally thought of as simple, non-flowering plants that lack stems and roots. This includes the seaweeds and some of the green food single-celled forms such as spirulina and chlorella.

Chlorella is a very dark green algae and is thought to be one of the world’s richest sources of chlorophyll.

Chlorella is a very strong anti-oxidant and helps the body to eliminate environmental toxins and heavy metals. It has very resistive tough outer cell walls which are cracked in Superfood so that it can be better absorbed. It is thought that Chlorella helps to cleanse the bloodstream and elimination organs – namely the liver, kidneys and digestive tract.

Chlorella is a unique algae as it has retained and remained structurally similar for millennia, surviving as a single-celled green algae due to its tough outer shell. It is packed with vitamins, minerals, protein, iron and antioxidants and alongside Spirulina, is possibly one of the most nutritious algaes in existence.

Chlorophyll is a green pigment found in nearly all green plants and ‘literally means ‘chloros’ – ‘green’ and ‘phyllon.’ Chlorophyll is a very important phytochemical for plants as it helps them to convert sunlight into energy. It is known as a photoreceptor or light receptor and it makes energy out of light. This energy helps the plants grow and live.

All green plants and most vegetables contain chlorophyll. Dark green leafy vegetables, especially spinach, are packed with chlorophyll. Chlorophyll contains high levels of Vitamin A, C & E and helps with the growth and repair of tissues as well as assisting in the transportation of oxygen around the body and with mineral absorption. Chlorophyll also acts as a very effective antioxidant and helps to eliminate toxins.

Green foods are rich in chlorophyll hence their many potential health properties, including lowering the ‘bad’ cholesterol that can accumulate with a high fat diet, lowering blood pressure, helping to eliminate heavy metals and toxins that we inhale or that we take in through the food we eat.

Superfood is readily absorbed as it is a powder and can be conveniently added to any smoothie to give it that extra nutritious boost. Superfood tastes pleasant too, so turn your smoothie into a green smoothie today with a teaspoon of Superfood.

Alfalfa, Barley & Wheat grasses are the 3 grain grasses found in Superfood. Grass grains are very likely to have a more compact and stronger nutritional content than the grains themselves. They provide a rich supply of vitamins, minerals and chlorophyll.